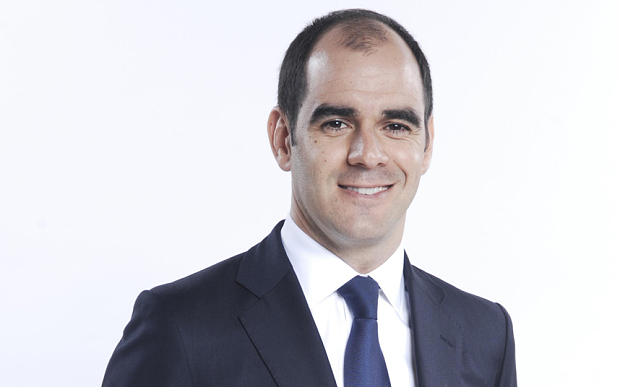 A top HSBC banker has said that if he wasn’t gay he probably wouldn’t have made it to the position of chief executive of the bank’s British business.

Antonio Simoes, 39, who is originally from Portugal, said that being gay has been “an advantage” for him, the Independent reported.

“It made me a more authentic person, better able to empathise, and with more emotional intelligence,” he said. “If I wasn’t gay, probably I wouldn’t be CEO of the bank.”

Simoes said he thought that his age and nationality were more likely to be barriers to progression than his sexuality. He joked to reporters about the change in culture in financial capitals: “It’s never going to happen again in the history of HSBC UK that a 39-year-old short, bald, Portuguese becomes CEO of the bank but I hope – in fact, I am sure – that we will have a lot more gay CEOs for generations to come.”

Dr David Perl, who runs tailored programmes in Peak Performance for business leaders and other high achievers, welcomed Mr Simoes’s comments: “What is particularly important is that Antonio Simoes emphasises emotional intelligence as a key aspect of effective leadership”.

Dr Perl explains: “The so-called ‘soft-skills’ – empathy, attunement, self-awareness, the ability to connect with others – are sometimes under-valued at the top of business”.

Dr Perl argues that if a business leader is ignoring his or her capacity to relate to others, to manage others and communicate effectively in the workplace, then productivity will suffer. “Sometimes this has to be explicitly spelt out to business leaders” says Dr Perl. “Running a business effectively relies on recruitment and retaining of key staff.”

Dr Perl continues: “A good leader, one with emotional intelligence can build teams and delegate or assign tasks in a way which motivates others and generates enthusiasm and goodwill. This really does have a positive effect on the bottom line”.

HSBC – A FAILURE OF LEADERSHIP?