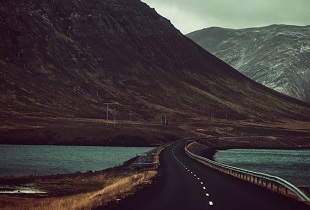 “Initially, our leadership work was reactive,” says David Perl. “Business leaders would look for help when a crisis had shown them to be under prepared, or lacking robust teams”.

“In tandem with this, I was conscious of my own role as a business leader. Do leaf had been running successfully, but we were not widely known as a leadership development consultancy. I had to identify what dockeaf could offer to businesses, and why this would be beneficial to them. Furthermore, I needed to develop a way of working which would be unmatched by other coaching or leadership development consultancies.”

It was from his contacts on psychotherapy that David Perl came across the idea of the Five Dimensions of Leadership model. I had experienced and then delivered plenty of business leadership coaching styles,” he says. “I always found that the most effective “model” had, at its core, the belief that an effective leader must develop the ability to self reflect”

For Dr Perl, the idea of “self-reflection is not some woolly concept or ideal:. “If a CEO can truly understand his or her behaviour and its impact upon others, a greater understanding of group dynamics will be gained. How individuals in an organisation function is the key to building a flexible and sustainable organisation.”

These are the building blocks of the first two Dimensions of Leadership: the ability to Self Reflect and the Awareness of one’s impact on others.

Perl acknowledges that this is part of a process. “In my experience, the most effective business leaders understand that self reflection and self understanding is something which they develop and practice.”

Perl admits that this is something he has to practice in his own business. “I set up docleaf over 20 years ago,” he says. “From the very start, when our performance depended upon me being able to lead a team in the face of a critical incident or crisis, I learned the importance of having proper leadership support.”

“As a trained psychotherapist, the idea of self-reflection was familiar to me. Founding and running docleaf was a baptism of fire in understanding group dynamics and understanding systems – being able to think systemically.”

The art of thinking systemically is the third Dimension of Leadership. David Perl explains this as “the ability to consistently see the whole picture and the dynamics”.  He admits that the fourth Dimension – individual freedom to both make clear decisions  and to drive delivery in the face of resistance – was more of a challenge.

“I had to lean on my own leadership develop coach, a lot, in the early days”, he says. “I could make relatively clear decisions. But that clarity would fade if my judgement were challenged. That’s where my coaching programme really helped.”

Ironically, the Fifth Dimension of Leadership is the ability to ask for help. “It’s about asking for the appropriate help and support, internally and externally,” he says. “it’s a combination of humility and great wisdom.”

“2017 is going to be a challenging year for everyone” says Dr Perl. “But the need for excellence is even more important in this sort of climate.”

THE SELF AWARE LEADER