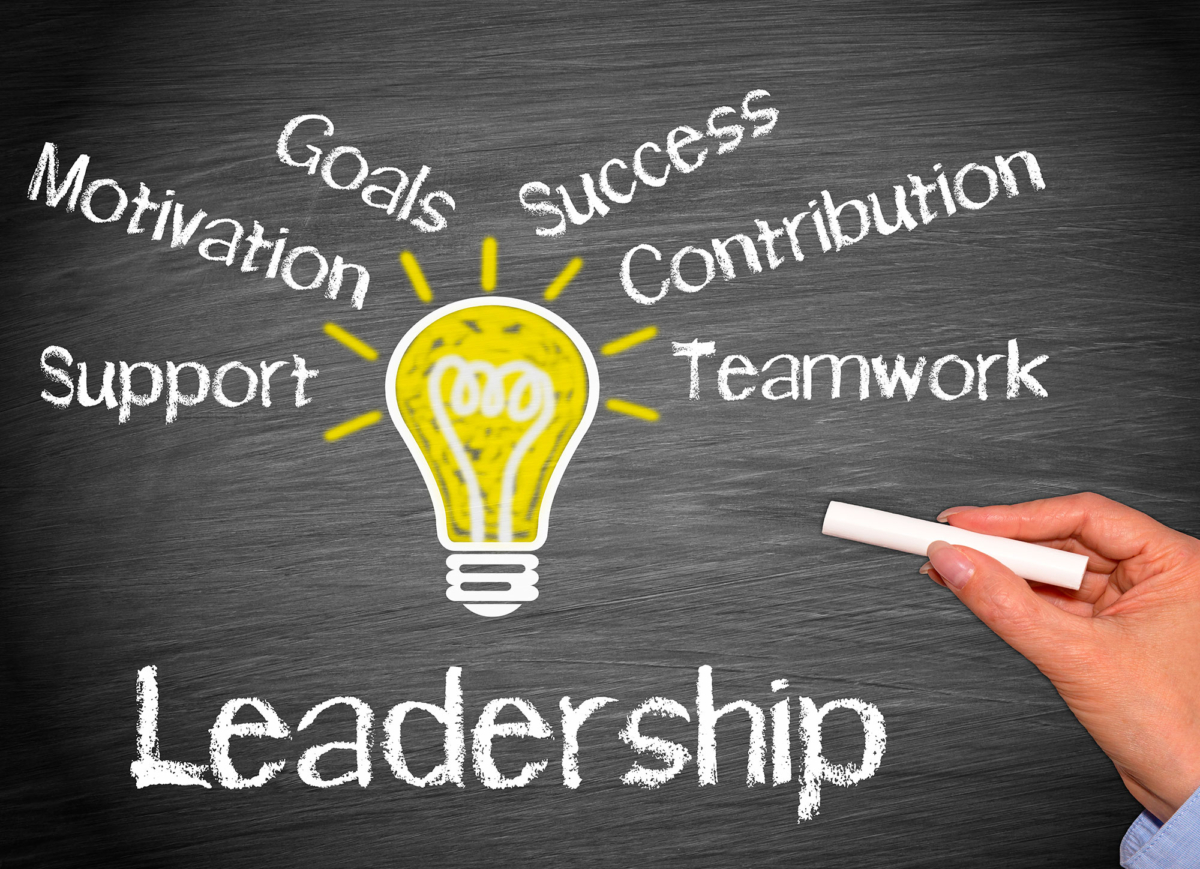 As the aftermath of the UK General Election brings fresh uncertainty around jobs, cross border trade agreements, the value of the pound, not to mention interest rates, docleaf has noticed a rise in enquiries from companies and individuals wanting to increase their effectiveness.

In this month’s newsletter, we look at the 5DL – Five Dimension of Leadership model and how effective it can be in personal, corporate, and industry-wide development.

Roger Evans, Managing Director of the management consulting practice, CLC and  author of “5DL – Five Dimensions of Leadership”, maintains that most business leaders are not “bringing about the leadership change that many see is required in the 21st century”.

He says: “We need to understand a completely different dimension of leadership – to look behind to the leader as a person and to dimension that go the core of this Being.”

Dr David Perl, the CEO of docleaf leadership, did his own senior executive coaching training with Roger Evans.  “I was attracted to the model,” he says, because it has at its heart, self-awareness and multi-lateral development and growth.  5DL leaders tend to become really outstanding ones who deliver organisational strategy and goals repeatedly,” he says.

The 5DL – Five Dimensions of Leadership has self-awareness and self-reflection as its cornerstone and is the first of the five levels of leadership, also known as DL1.  But how important is this character trait in for business leaders?  David Perl believes it is of paramount importance:

“Roger challenged me to self-reflect and to assess my strengths, my vulnerabilities, my thoughts, feelings and ability to take in feedback and to use it objectively.  This was far more effective than working with a coach who focused on the traditional, surface areas such as motivation and goal setting.”

DL2 – The second dimension in the 5DL – Five Dimensions of Leadership model is also based on awareness but in this instance, it is the awareness of one’s impact on others.  “This dimension is also about developing an awareness of others and the different dynamics they bring to an organisation or a team,” says Dr Perl.

“I noticed that as I developed self-awareness, in my own training, I began to see the impact and effect I had on other people,” he says.

Dr Perl maintains that the second dimension was crucial for his own growth as a leader.  “In my own company, docleaf, I began to understand some of the team dynamics in a way I had never seen them before,” he says.  “I understand how I could have a positive effect on colleagues and team members, and how to manage and motivate each of them in a way that was truly beneficial, and reached far beyond just productivity”.

“I noticed team members becoming more self-aware,” he says.  “Teams at docleaf felt more co-operative and respectful.  We all had a deeper sense of each other’s key skills and how they could be used for the common good.”

Dr Perl looks back on his experience in 5DL – Five Dimensions of Leadership coaching and sees how he was able to apply it to his own business.  “Once the understanding of self, individuals and teams was having its positive effect, I needed to turn my attention to systems.”

The third dimension of the 5DL model, DL3, is about awareness of system dynamics and system forces.  David Perl prefers to talk about developing an Empowered System.

“The third dimension takes a holistic view of systems,” he says.  “An Empowered System is one in which all people at all levels, and all positions are able to make happen what they want to have happen and what the system needs to have happen.”

“Put simply,” says Dr Perl, “the third dimension is about understanding and helping others to understand the importance of systems, to think right across the organisation and to think about teams, and also customers, suppliers and stakeholders.”

According to Dr Perl, this is where organisations start to become truly effective.  “If everyone in a team begins to think systemically – that is to have a whole view of the whole organisation – then a really effective and sustainable business can be created.”

Dr Perl admits that “systems thinking” was something he had to learn for his own business.  “Roger really helped me develop a different way of thinking,” he says.  “I began to make decisions by moving between different levels of awareness – individual, team, organisation, customer, for example – in my reflections”.

However, it was developing the fourth dimension (DL4)  of leadership which Dr Perl believes challenged him the most.  DL4 is described as: “The individual freedom or free will to both make clear decisions and then to drive delivery in the face of resistance – to be blown in the wind, to bend but to stand firm”.

Dr Perl maintains that although this might sound complicated, the meaning is simple: “A leader who has developed the fourth dimension is one who can make things happen, despite great resistance and reaction from those around them.”

“It’s about keeping going until there is delivery and it is followed through,” he says.  “When I was building up docleaf Leadership, many well-meaning colleagues questioned whether there was a market for such a rigorous model of business coaching.”

“Others suggested that coachees would notice only small differences in performance and organisational effectiveness,” he says.  “It was vital for me, at this stage, to draw on my own DL4 and to refer back to my own coach, Roger.  He was able to encourage me to keep going even when trusted advisors were shaking their heads.”

Taken out of context, this might be seen as ruthlessness or dogmatism.  However, this is not what the fourth dimension is about.  “DL4 is about informed belief in one’s decisions,” says Dr Perl.  “It’s about listening to the counsel of others, reflecting on their advice and opinions but staying true to our own decisions, even if they conflict with other’s opinions.”

Dr Perl would agree that humility and open-mindedness are important characteristics to develop in DL4.  “It guards against dogma or ruthless will,” he says.  “What was important for me, however, was that I aligned myself with a sense of purpose and direction.  This gave me a deep sense of empowered free will, rather than blinkered strong-will” he says.

And the fifth dimension, DL5 in the model?  Dr Perl maintains that the fifth dimension is an on-going process for him, as a business leader. “DL5 talks about a willingness to ask for appropriate help and support,” he says.  “It’s also about developing an openness to being supported.”

“As I built up my own business, and had done a lot of work on the fourth dimension with my coach, there were times when I needed not only support but a wise counsel when making difficult decisions on my own.”

Dr Perl admits that Roger helped him distinguish between asking for help and support, and being over-reliant on others.  “Between us, we worked on the balance between mastering the fourth dimension, and then really understanding and using the fifth.”

Dr Perl maintains that recognising his own limits allowed him to ask for help from others. “Business leaders who have worked with 5DL – Five Dimensions of Leadership coaches begin to understand how crucial the fifth dimension is.  I developed a support system which included my coach and a couple of trusted colleagues and professional peers, all of whom I turned to.”

Dr Perl is clear that he needed to recognise his own limits before being able to ask for appropriate help. “This dimension of leadership really helped me understand the tasks I needed to be doing in my business and those I needed to hand-over to appropriately skilled colleagues and direct reports.”

“Because a good grasp of the fourth dimension allowed me to understand the strengths and specific skills of others, asking for help or collaboration was easier.  It was easier for me to trust that the tasks would be carried with maximum efficiency.”

“The 5DL – Five Dimensions of Leadership are building blocks” says Dr Perl.  “Being able to incorporate one dimension into our way of working, opens up space for the next dimension of learning.  Each dimension informs the next one.  It’s an increasingly sophisticated way of working.”

How is the Five Dimensions of Leadership different from other high level business coaching models?  And why has docleaf chosen the 5DL – Five Dimensions of Leadership model as its preferred approach?   Dr Perl is unapologetic with his enthusiasm.  “It’s the only leadership programme I have come across which really gets under the skin of the individual leader and challenges him or her to have the greatest level of self-awareness possible.  Only from this vantage point is real and effective change possible.”