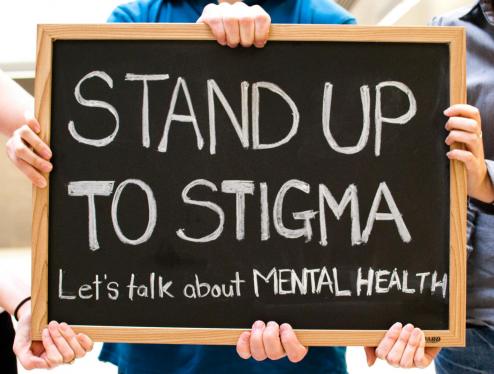 October 10th marked “World Mental Health Day” – now an annual event thanks to campaigning by the charity, “Time to Change”. This year’s campaign was endorsed by MPs and business leaders – taking a brave step in sharing their own experience of mental health.

Tory MP Charles Walker and Labour MP Kevan Jones both spoke of their respective struggles with an obsessive compulsive disorder and depressive illness. They won wide-spread support for helping to break the taboos associated with mental health in the workplace.

Rebecca Sparkes, a psychotherapist and trauma specialist who works alongside Dr David Perl at docleaf, believes taboo-breaking is just the first step:

“One MP disclosing their mental health problems, sends a powerful signal” she says. “It raises consciousness that mental health is just as much a concern for the high-functioning professional as it is more marginalised members of society.”

docleaf is now integrating a programme of resilience training, into its crisis leadership programme. Rebecca Sparkes explains: “Many of our clients are working in high intensity situations. One in four adults in the UK will experience a mental health issue during his or her lifetime. Anyone who believes in crisis training needs to take an open and pro-active approach to mental health”.

Such an approach has been taken in Government departments. David Kinder helped found a “mental wellbeing network” at The Treasury, where he is deputy director in charge of workforce pay and pensions. “Networks work well because they are not a formal part of the human resources structure – it’s peer-to-peer support” he says.

The Financial Ombudsman, having run employee networks for years, has added mental health to its repertoire. Set up by a member of staff living with post-traumatic stress disorder, the mental health network works closely with the HR department.

It acts as a sounding board for policy decisions that could impact the well-being of staff.” The success of these initiatives ultimately comes down to support from senior management. Docleaf has developed a mental health resilience module, as a component for its crisis leadership programme. “docleaf developed this because we believe it’s an area of business performance we can’t ignore” says Rebecca Sparkes.

Mental ill-health, including stress, depression and anxiety, is thought to be responsible for 91 million lost working days each year, more than for any other illness. Analysts reckon that this sickness absence costs £8.4 billion each year, plus another £15.1 billion in reduced productivity. A further £2.4 billion is lost replacing staff who leave work because of mental ill-health.

Overall, recent estimates put the cost to UK employers at £30 billion each year. In the face of such figures, it’s surprising that more employers don’t make it a priority to promote positive mental health in the workplace. By taking some practical steps to improve management of mental health at work, it’s estimated that employers should be able to cut losses by about a third This is particularly important for business leaders who need to maintain optimum performance.

“Chief Executives are under constant strain,” says Rebecca Sparkes. Their challenge is to lead by example. Business leaders need to foster a culture of openness and respect around mental health” she says. “And just as importantly, model self-care.

If the chief executive and senior directors are choosing to ignore their own vulnerabilities, then the business becomes vulnerable”.

Something the crisis management industry can’t afford to ignore?